Apple Mac App Store “Apps for Writers” — Which Do I Use?

This week (and fairly frequently), on the Mac App Store, Apple lists a group of “Apps for Writers.”

These apps are in no particular order.

All of my comments and selections refer to the PAID (unlocked) versions of these apps. The free versions do not usually have all of the features I will use if they are available.

A Story by #MindMap: The Long and Short of It

This is an old story often repeated as it was typed every few hours by telegraph operators in the 1800s to test the lines. And, everyone learned to type it. The story (sentence) of course was used because it contains every letter of the English language.

[My repeated attempts to come up with a short, single sentence that is hip, cool, trendy, and oh so 21st Century, and contains all 26 letters of the English alphabet has been a failure as of this date. I am working on it.]

At any rate, everyone knows that “The quick brown fox jumps over the lazy dog.” 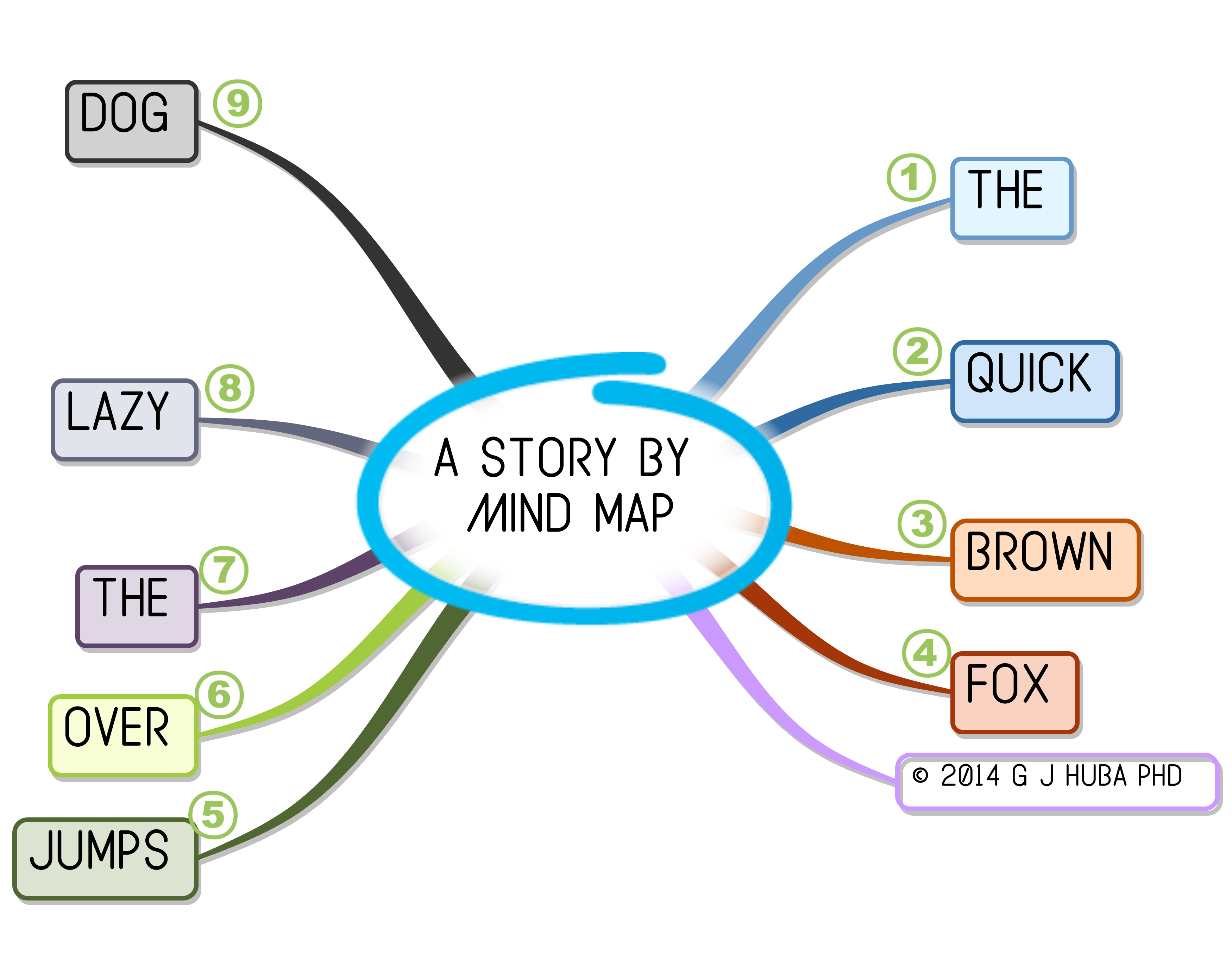 But, do you know the background research?

The same “research notes” presented in summary or full form can present a sentence or a short story.

[OK, so it wasn’t really a Newfie. However my lazy, sleeping, snoring dog has been practicing for the part for years, so I let her have it. And yes — really, truly — I have had both foxes and coyotes in the front yard of my current house. I guess I could also have said that the fox was rabid (most are) but that would have changed the rating to PG-13.]

Big Data Industry: Much Ado About Nothing (Accuracy)

Without accurate data it is all just mushed together by the analyst (or computer program of the week). This not a dream. It is a practical reality and do-able solution.

Photographs taken at the Newseum in Washington, DC. This is an adaptation of a reply I made to a post on Linkedin on the Mind Map Users Group (MMUG) on Sept 8 2014.

You are getting advice from some of the biggest “names” in mind mapping and ignoring them. You are being told that the introduction phase for the same-old/same-old approach to mind mapping is over. Your response was to point out that your new mind mapping program will implement “new” features that are actually just the most recent features several dozen programs have implemented in the past 18 months.

The three development leaders in mind mapping are iMindMap and iThoughts as well as the hybrid mind map/business app/data base approach of MindManager. Periodically these programs come out with something new and everybody else (the 30-50 active developers) copies them.

The real development work (and financial opportunities) are in two areas not being opened and exploited by any of the existing companies.

1) Niche products. Do you really think any of the existing programs is optimized for anyone other than an MBA management consultant? Different optimizations are needed for scientists, healthcare professionals, everyday users, those needing assistive devices, patients with cognitive impairments (cognitive decline “typical or not,” dementia, ADHD, autism, schizophrenia, etc.) and hundreds of other categories including just ordinary folks keeping journals, spending their money wisely, investing in the future, keeping appointments, remembering the birthdays of their friends. Note that being able to tie the suggested methods back into scientific research especially for patient groups is HIGHLY desirable. You need to add some flavors to the vanilla ice cream currently being offered as Roy points out, by 140 or so other mind map program developers.

If no-one else establishes a dominant position in these areas I would expect to see iMindMap jump into many of the niche markets. MindManager is heavily entrenched in the IT segment and seems willing to ignore the other niches.

2) Generalization of the mind mapping model to a general thinking environment. Mind mapping is but part of careful, detailed, efficient visual thinking. Mind mapping is an important part, but only a part. A generalized program covering more parts of the entire process of directed visual thinking is the next evolution of Buzan’s model. I believe his most recent books hint at this and that is just a matter of time before he or a colleague presents an expanded model.

Several companies are moving toward this general thinking environment. MindManager is probably closest but blind-sided by their too mechanical approach and insistence that everyone in the world should think like an MBA. iMindMap is probably going to make it there first because they have been adding modules to their program which represent new ways of programmatically manipulating, processing, and displaying ideas. iMindMap also has the advantage of exclusive access to Tony Buzan’s latest thinking which will be a huge part of the next model. TopicScape is the dark horse as it is a much smaller company, but may have the best underlying model for representing data in mind maps AND a general and useful way of thinking. The Brain (and to a smaller degree MindManager) could have been a big contender but its text-based, hierarchical, underlying model precludes non-linear, recursive processes that promote creativity through successive approximation.

From a financial standpoint and from the standpoint of having the greatest impact on the worldwide population, the development of niche products will have the highest ROI.

#MindMap of Some Possible #Feelings During #CognitiveDecline to #Dementia

This mind map is an enhanced version of a mind map I first published about a year ago. As is well recognized in the literature and discussed previously on this web site, individuals experience the progression of dementia in a number of ways depending upon the specific underlying disease or condition that causes the dementia symptoms to appear, existing psychological resilience factors independent of the neurological issues, and one’s psychological and physical resources.

You CANNOT diagnose yourself as having cognitive decline, cognitive impairment, or dementia from the information in the mind map. People without neurological OR psychological illness, problems, and issues may experience these feelings.

The map does provide an overview of some of the feelings and views that individuals whose cognitive health is declining may feel.

I have certainly had a number of these feelings at times as I have gone through various stages of neurodegenerative disease. But you can fight back and live well with dementia.