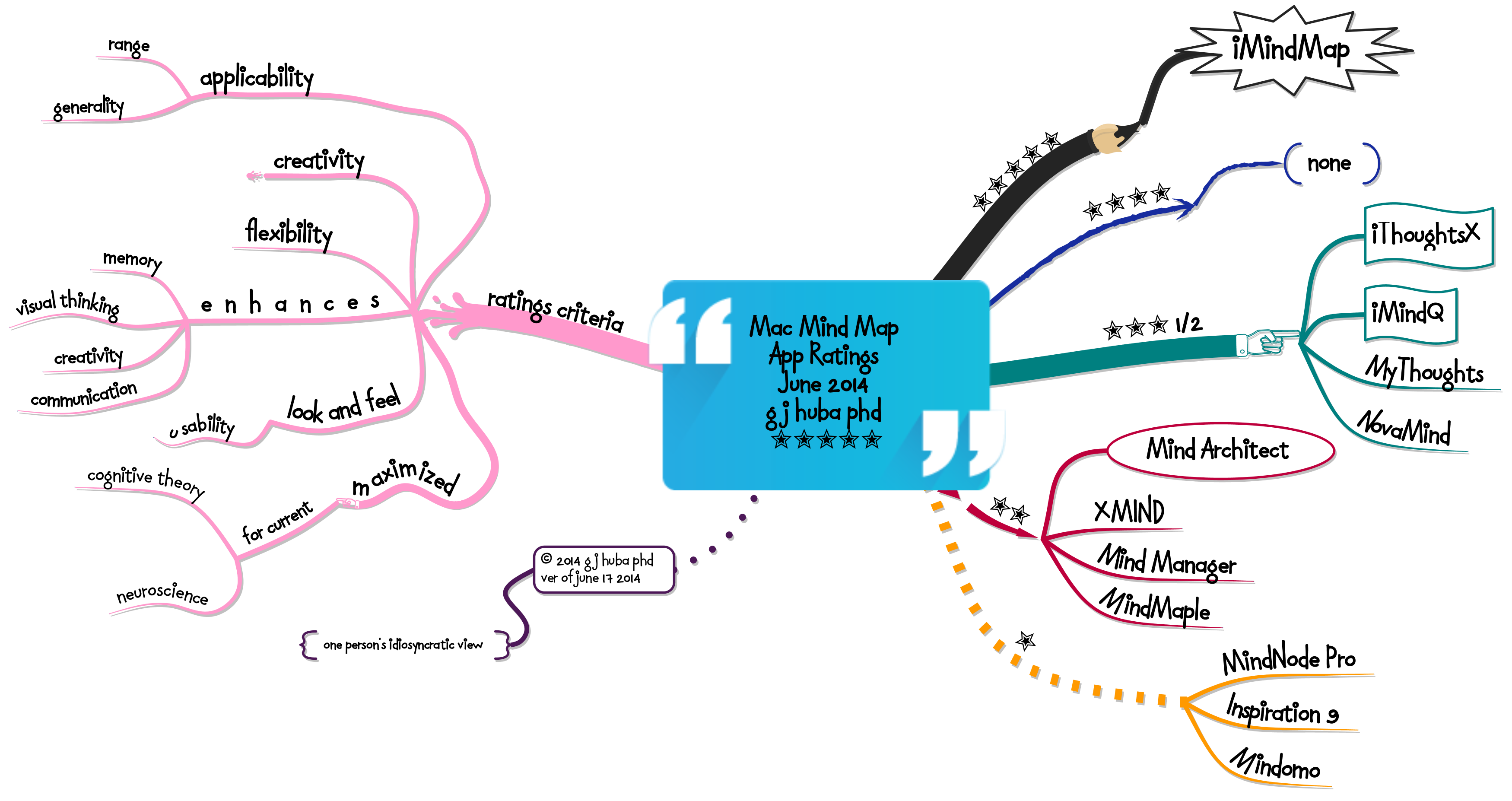 This mind map that follows is the same as that above reformatted for “3D” presentation. 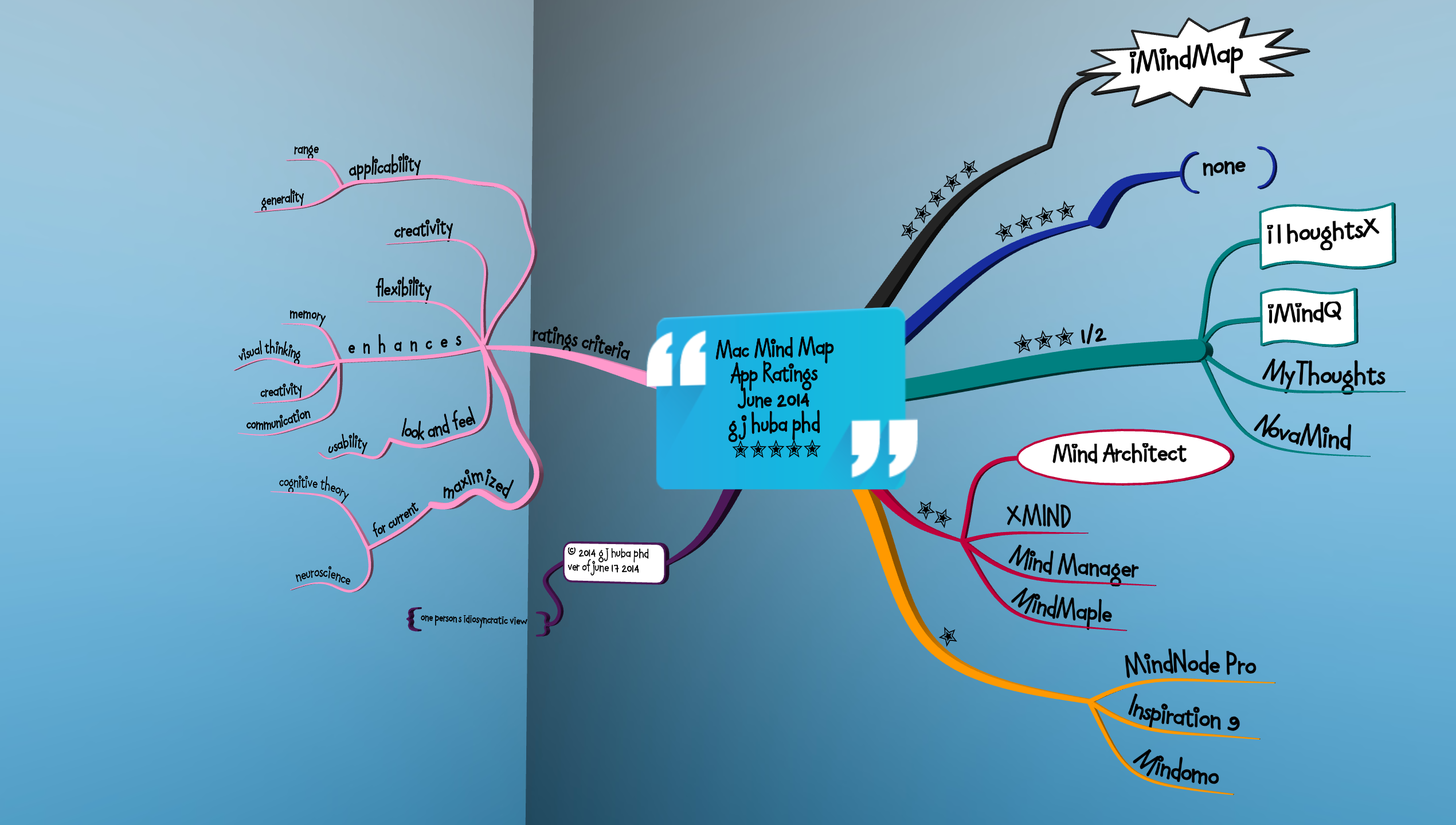 I think it is both. iPads can be brilliant educational tools or unsupervised children and tweens can get addicted quite easily to them at school. Scapple on the Mac (and recently also the PC) is one of my favorite programs. Unfortunately, Scapple is not available on the iPad. There are several good alternatives, and MagicalPad uses the special features of the iPad to make enhanced diagrams for visual learning and project organization.

March 5 2014: A fourth good alternative to Scapple on the iPad is Trout. Trout is not only a Scapple work-alike, but it also has versions that run on the Mac, iPhone, and iPad. See this post for a demonstration and review of Trout. Trout is probably the best of the four methods but it has a relatively steep learning curve.

Comfort food for the brain.

Started touch typing in 1964 and composing at the keyboard in 1966!!! Probably the best “technical” work skill I ever developed. Simulated old typewriter in the app miTypewriter on the iPad. Sketchnote Example: My Predictions of Changes in the Field of Psychology Over The Next 20 Years Day One (of the Rest of Your Recorded Life)

Day One is a small Mac-iPad-iPhone for journaling. It is a very simple app that elegantly reminds you to make journal entries at time intervals you select throughout the day. It handles pictures very well (taking pictures with an iPhone/iPad or using images from the camera roll). I have tried dozens of these kinds of apps over the years including just adapting standard word processing programs.

This is the only journaling app that I have ever been able to motivate myself to use on a regular basis.

It strikes me that this could also be a very good program as a lab notebook or data analysis notebook in that major issues can be typed in with automatic timelines, pictures, etc. While it does not have a built in sketching routine, you can always do a rough sketch on a piece of paper and photograph it as part of the entry with an iPhone or iPad camera.

UPDATE: In December, Apple chose Day One as their app of the year for 2012.

UPDATE 2: February 6, 2013. I like this app more than ever. I frequently use the synching between Mac and iDevices and it works very well and seamlessly. It is possible to import old photographs and (if the photo has a standard date entry) the photograph will automatically land on the correct date page of the journal.