June 2 until July 12. That’s a long time for any person. It’s a much longer time for a person with cognitive decline. It is the longest time between posts on Hubaisms.com.

Typically, if you got back through my 800 posts since 2012, you will find that on average the gap between consecutive posts is about 3 days with flurries of activity when I post several times per day.

Why the big gap for the first time? Here are some of the reasons.

Here are some of the consequences of the “absent six weeks.”

During the six week break I did conclude that my life is slowing down and it is getting harder, never easier, to keep a definite “work” routine going. Given that I was in a consistent and fairly invariant pattern of work and other activities, “relaxing” from that set routine has defiitely made it harder to re-establish the patterns that have been keeping me stable over the past eight years. Keeping on a regular schedule of cognitive exercise has been important for me over almost a decade. Time to get back on a regulated at the schedule. At the same time, I am going to try to get other things back to normal and establish

In the next few weeks, I will be posting a lot on mind mapping, improved techniques for effective visual thinking, experiences during my cognitive decline, and new ways to document your daily life (throughout your lifespan and during cognitive decline). 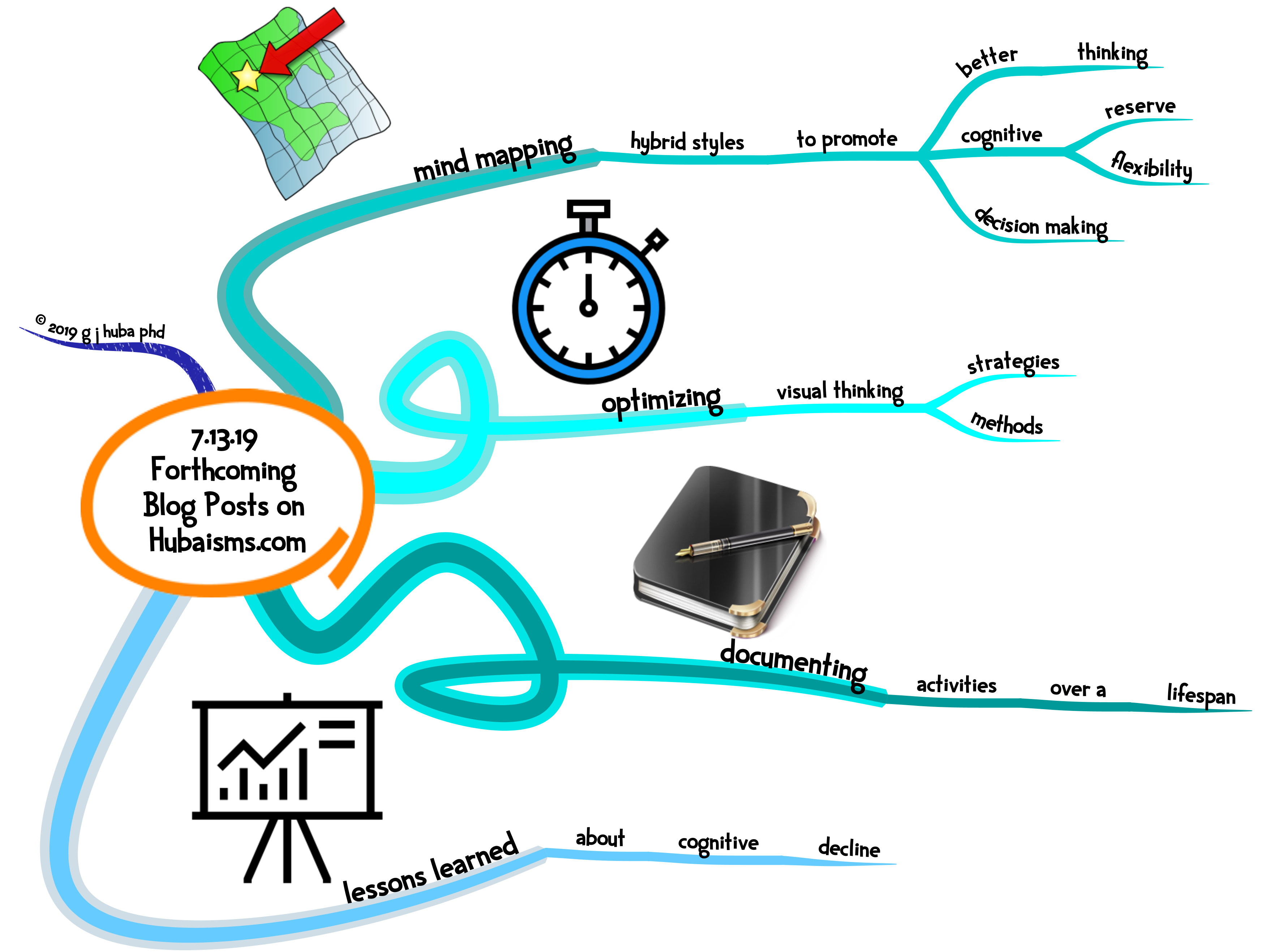 Time for my vacation to end.