Ideas in Dementia Come at You Like a Runaway Train

A mind model (aka mind map) on the way that ideas hit you when you have dementia.

In a group, the need to say something immediately before you forget it often takes a backseat to etiquette rules of waiting for your turn to say something and not interrupting. If you are talking to someone with dementia, consider cutting them slack and letting them jump in when they can. If the group won’t let the person with dementia break in it can lead to both a sense of frustration for all and quite frankly, the loss of some good ideas and interactions.

The current rules of etiquette do not take account of the fact that some of the participants in an interaction will have severe cognitive impairment or mental illness that pretty means that if a thought is not expressed immediately it will be forgotten.

Sometimes rules need to be stretched or curved (like a railway track) and patience exercised. This is one of those times.

f I am trying to blurt out an idea to you, believe me that if I don’t say it immediately it is going down the track far, far away from me. And it may not come back for another five minutes (if at all). 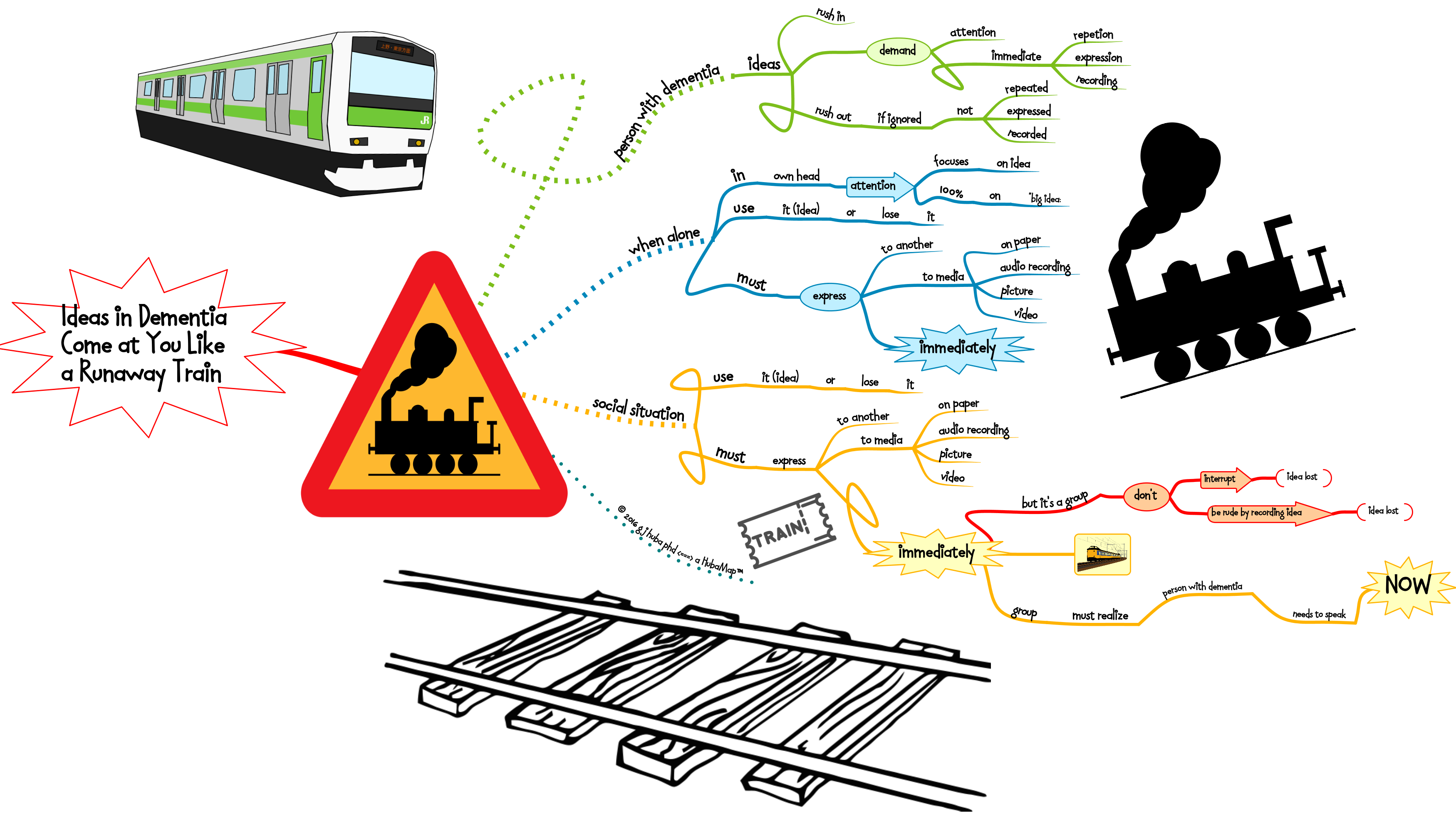