I have been a HUGE fan of the Olympics since I was a very little kid. In 1984 I got to go to the Olympic events in Los Angeles every day for two weeks, on many days with my father. That was the year that the Soviet Union boycotted the games because the USA had boycotted the Moscow Olympics in 1980. Heck, I thought it was great — the USA and East Germany (who came) won all of the gold medals! Months earlier when local pundits in Los Angeles said Los Angelenos were too apathetic to purchase expensive Olympic tickets especially with the Soviets and most of the Eastern Bloc boycotting as it would not be a real sporting event, I had bought as many tickets for the “finals” as I could get my hands on. Later I sold the extra tickets as Los Angeles fell in love with the games. I made so much money that the expensive tickets I had bought for the entire family of 7 that we used ended up were effectively free since the profits covered the cost of the tickets we used. Street enterprise at its best. My tickets became worth more because the Soviets didn’t come as all Americans became Olympic fans the year we won all the golds.

Winning the race to live well with dementia is like running the 10K race at the Olympics. Everybody has to pace themselves at the beginning so that they can learn about their opponents. In the final stages of the race they speed up and sprint their fasted the last 200 meters.

A mind model of the dementia race strategy is shown below. Click the image to expand it.

I think I am winning my race to live life to its fullest while having dementia. I’m getting ready to claim that gold medal. You can win your race too. Think about what you are doing and strategize like a 10K runner. Learn all you can in the beginning and then speed up later as your new knowledge kicks in. 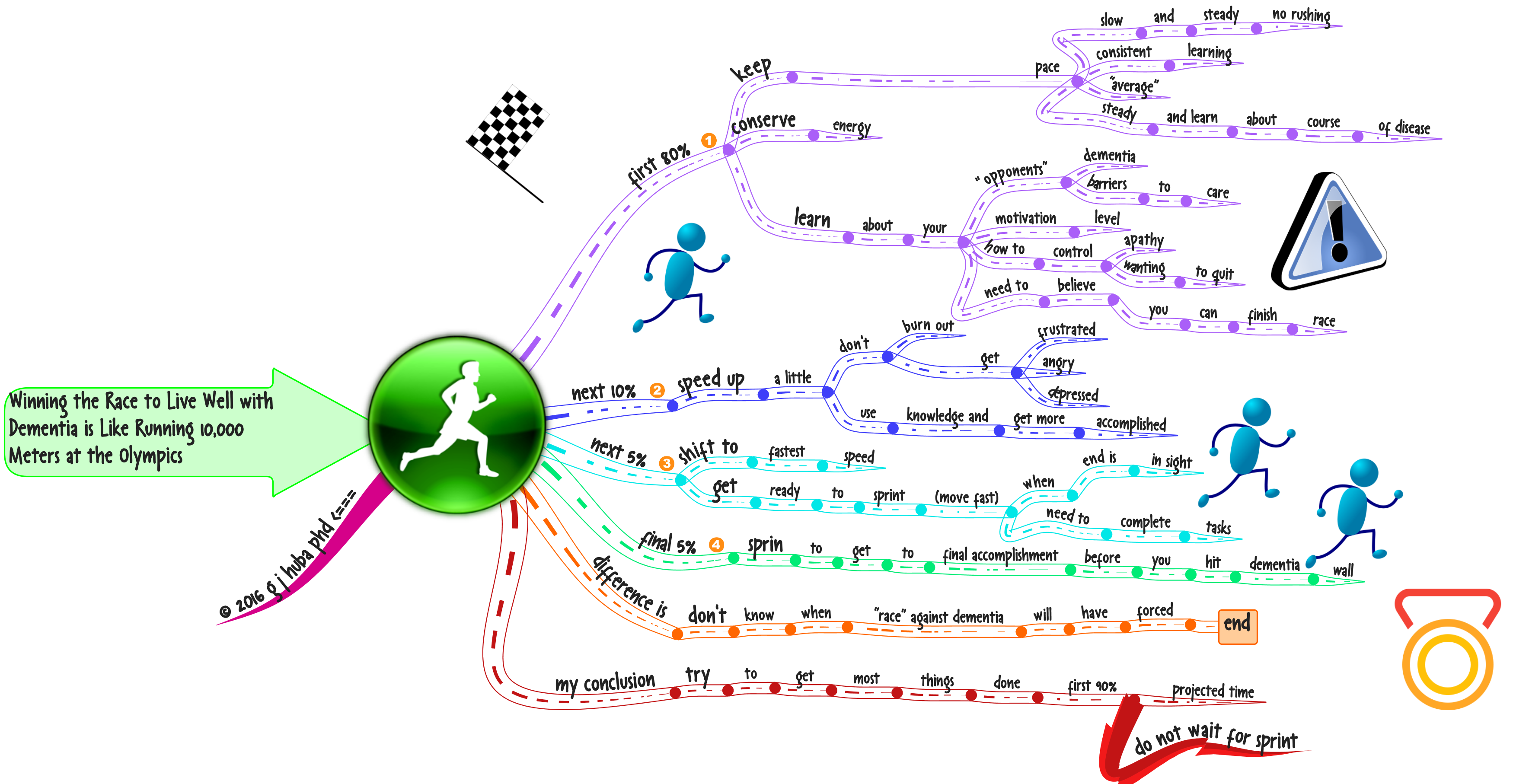