#Dementia and Decluttering: Clean Up Ideas for Persons with Dementia and Caregivers, #MindMap

I hate clutter. I’ve always had far too much stuff around, usually shoved in an unused closet, the garage, storage. Old questionnaires, old clothes, old pens most run dry by now, old external data drives (in case I need an email from 1990), old office supplies, old books from grad school in the 1970s that no current grad student wants for free (no grad students buy boring professional journals in paper formats anymore), boxes of new file folders (which no one uses in the computer ages), old jeans (as sizes went up and sometimes down over the years), t-shirts from the 1980s, and who knows what else. I also inherited a bunch of family heirlooms (mostly junk but including my treasured Eagle Scout badge and transcript from grad school) in boxes from my mother. The organization systems I have tried to implement since the early 1970s have never really worked that well.

And the reason “disorganized and cluttered” could be dealt with easily was that I had a very organized mind and my memory was like a steel trap; if I had observed or read or heard it, the information was there. And, damn it, I never learned to clean up after myself because there were always more exciting and new things to do. And if I needed something the odds were extremely high I could find it the random box where it had been placed.

And this was before I had a neurodegenerative disease with memory loss, significantly lowered ability to multi-task and make decisions, a big temper when frustrated, lowered ability to separate perceptual field from ground (or the object I wanted in the clutter), and many other dementia symptoms.

Now clutter just destroys me. I waste time every day trying to find things, organize things, decide what to throw out and what to keep, and putting things where I can find them. I get extremely anxious and agitated in clutter but cannot figure what to discard without then facing a world-shattering event without the one paper or piece of clothing or knife or key or medical records that would save the world. 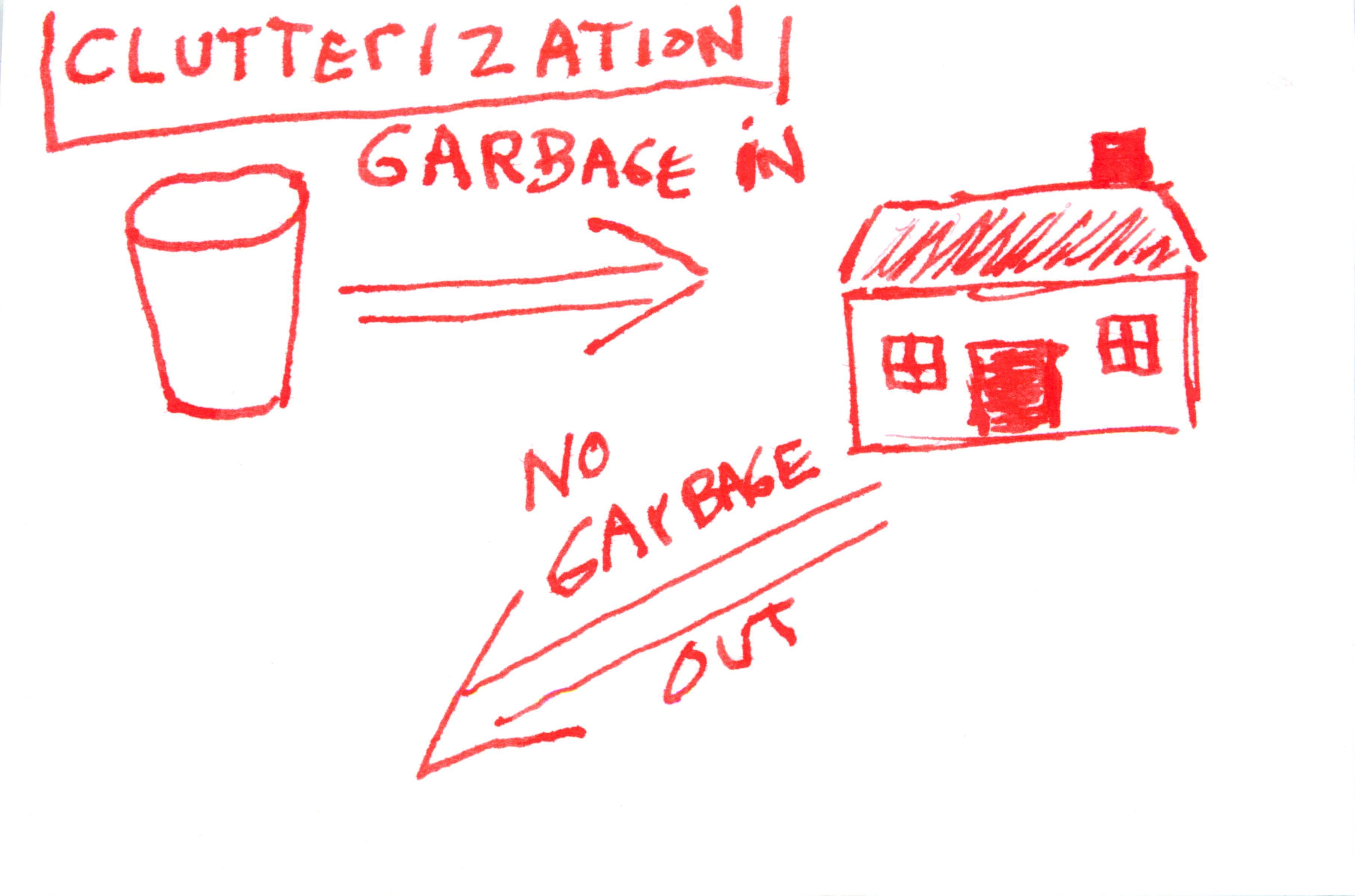