Where are the Consumer (People Living with Dementia) Representatives in Dementia Public-Professional Policy and Research Initiatives?

I have personally worked in or designed and led several large service initiatives including those on HIV/AIDS, drug and alcohol abuse, PTSD, domestic violence, minority services, and preventing transmission of HIV from a mother to her infant at the time of birth.

The first thing you do in public efforts to provide accessible, sensitive, appropriate, valid, needed, and culturally competent research and services is to add consumers of those services to your Advisory Board. Yes they might be quarrelsome at times and not understand all of the (usually trivial and inane) fine points of research and government regulations, but most professionals agree that adding consumers of the potential services and research is quite important in developing excellent services. Many also believe that the time of individuals who are consumers of the services studied should be paid at the same rate as the usual suspects (advocates, academics, and other self-important participants).

The American Academy of Neurology and the American Psychiatric Association are currently taking public comments on a process in which they developed draft consensus measures of Dementia Quality. Looking over the list of those who participated in the process I see no representatives of people with dementia.

Idiocy. And damn it, I think that I have a professional background, a proven research and healthcare record, and status as a Hall of Fame measurement psychologist that equals or exceeds that of the listed participating representatives. I also have dementia and write about dementia services. I personally am not looking for work — this blog keeps me as busy as I can be — but it is important to note that I could easily identify a half dozen other professionals with my level of expertise who also have a dementia-syndrome disease. So far as I can tell, none of the dementia-related public initiatives is including representatives of the people living with a dementia-syndrome disease.

My point is quite simple. Dementia research, services, and public policies can be made much better by including people living with a dementia-syndrome disease or condition. And it is not that hard to find highly qualified individuals who are in the early or mid-stages of dementia.

This is a huge failure of government, non-profit organizations, dementia charities and advocacy groups, and Foundations.

My free advice to you is that you should get GYST.

The current advisory group I am working with has a consensus in support of my recommendation.

The new members of our committee also agree with our existing position.

Give Everyone with #Dementia a Great Pumpkin #MindMap for #Halloween

If everyone with early and mid-stage dementia had a planning and information mind map like this one every day, there may be much less anxiety and stress among those living with dementia and their caregivers. Not all. But quite a few. 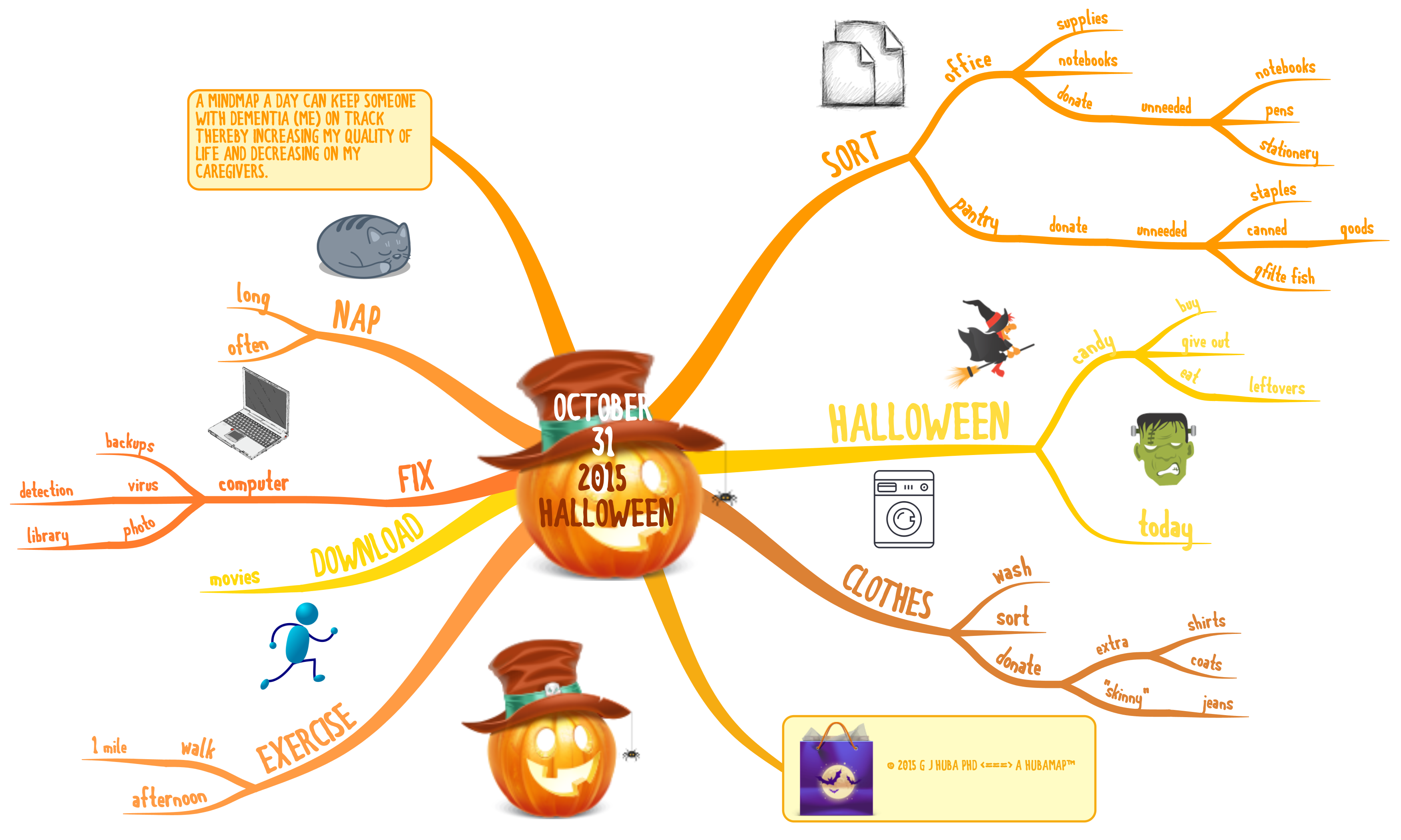