Learn These Skills BEFORE You Have #Cognitive #Decline: A #MindMap

Just in case you have to deal with cognitive decline and the Big D, have some tricks up your sleeve. The time to develop these is at as young an age as possible.

[These same skills will help you build a terrific career and have great intellectual and social accomplishments.]

NOW. Not later. And certainly not much later. 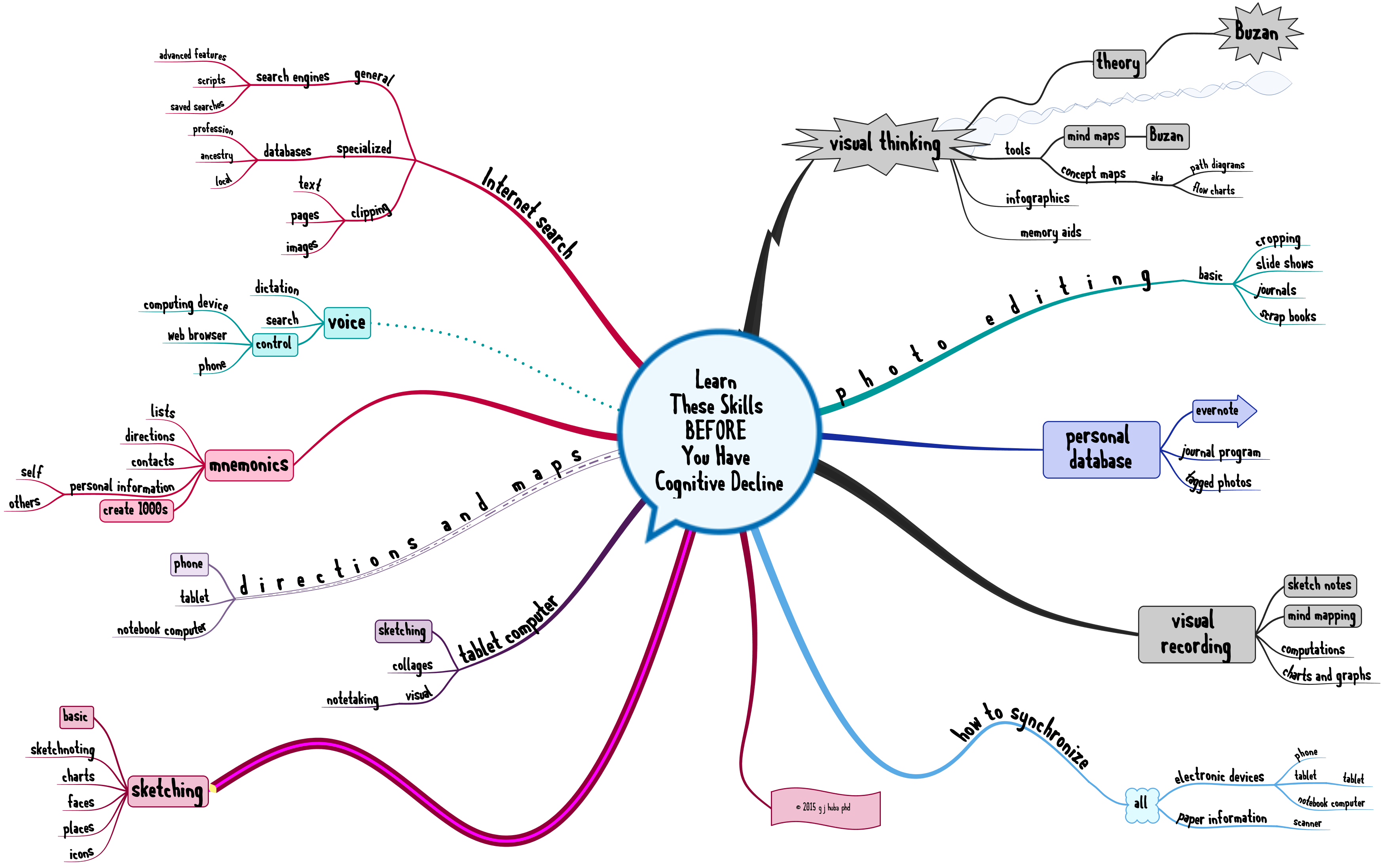 Should you not have learned these techniques before, don’t give up because I did learn most of these skills while having cognitive impairment or dementia. Easier done earlier, but never impossible.

How else do you expect me to get the message out about the “real issues” in dementia care and some very low cost methods of assistance that may help some (or many) and potentially increase the period of independence and get away from stacking people up in hospital beds where their lives become very limited. As someone who lives with the problems I describe, I only have a limited period of time left for my brain to function well enough to get the message out, and I am going to use it as effectively as possible to make my messages stick in the minds of people with dementia, caregivers, family, healthcare providers, decision makers, those aging, those with other types of cognitive impairment, and other interested parties. Expect more shameless self promotion. Doesn’t bother me at all. In fact, I am kind of proud of the fact that I want to shake up and expand your conception of what the problems are and what are some possible solutions most have never even considered.