GYST!!! I GMST. A #CognitiveDecline #MindMap in Neon.

I am going to present a series of mind maps with advice about how to prepare for possible cognitive decline.

If you take my advice, give yourself a GMST (sounds like jimst) star.

Confused? Hopefully you are confused enough to study this mind map.

Then look at my next few posts and GYST so that you can say GMST.

[This post is an example of the “odd” sense of humor that can accompany dementia especially in the earlier stages. Personally it sounds pretty funny to me and I see it as a conceptual summary of Benjamin Franklin’s famous essay. But then again, I’m there. Hopefully before you face possible cognitive decline you will be able to say GMST and use modern technology and advances in the theory of visual thinking to deal with cognitive impairment and dementia, should you be unlucky enough to have to do so. GMST will help you be able to say “I have a good life” even if the Big D hits.]

[15 minutes later … I had been trying to recall from my memory the term for the symptom of odd humor. 1 minute ago it just popped into my head. FATUOUS speech and writing meaning silly and pointless. Aaahhh heck. That is just a sign of typical aging at least as defined by those under 40.] 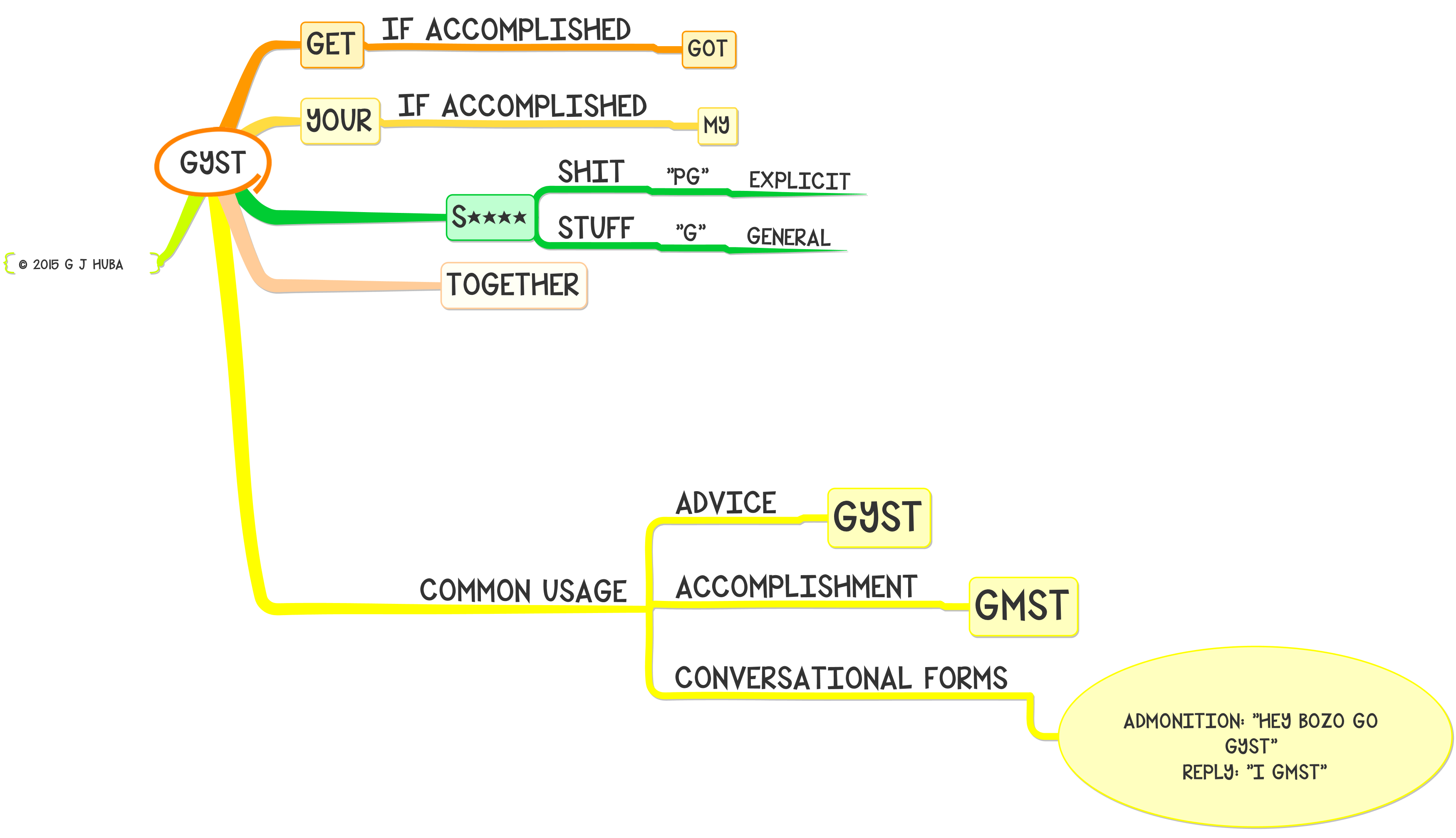 <<<<<=== Over there on the left. Click on one of the book icons to obtain my new book Mind Mapping, Cognitive Impairment, and Dementia. Versions are available for Apple devices on the iBooks store and all other common devices on the Amazon Kindle store. There are 100s of essays like that in this blog post. And because I know the information is unique and valuable, I am charging about the same as others who write books on dementia or mind mapping. If you cannot afford to purchase the book, contact me.

Yeah, I know, shameless self promotion. How else do you expect me to get the message out about the “real issues” in dementia care and some very low cost methods of assistance that may help some (or many) and potentially increase the period of independence and get away from stacking people up in hospital beds where their lives become very limited. As someone who lives with the problems I describe, I only have a limited period of time left for my brain to function well enough to get the message out, and I am going to use it as effectively as possible to make my messages stick in the minds of people with dementia, caregivers, family, healthcare providers, decision makers, those aging, those with other types of cognitive impairment, and other interested parties. Expect more shameless self promotion. Doesn’t bother me at all. In fact, I am kind of proud of the fact that I want to shake up and expand your conception of what the problems are and what are some possible solutions most have never even considered.