I started using iMindMap in 2010 and this was one of the first maps I ever drafted on the activities of our company. It was updated with slightly revised content in 2011 to add an additional year of projects. I have also made some tiny formatting changes using the 2015 version of the program.

Had you asked me in 2010, I would have said that this was mind mapping. Contrast this map to the ones that were developed in 2013-2015 and posted in this blog. Wow, was I wrong.

The map shows some of the projects conducted by our company between 1988 through 2011.

The Measurement Group was started by me in 1988 and I was later joined by Dr Lisa Melchior in 1989. I divested my interests after retiring for medical reasons in 2011. Dr Melchior is now the sole owner of the company and brilliantly continues its activities in evaluating health and social programs. Lisa and I collaborated in all of the projects shown on the mind map. She may be reached by lmelchior@TheMeasurementGroup.com  or on the TMG web site at http://www.TheMeasurementGroup.com.

I was privileged and blessed to work on the projects of The Measurement Group for 23 years and help improve healthcare and social care for vulnerable and poor individuals and families. 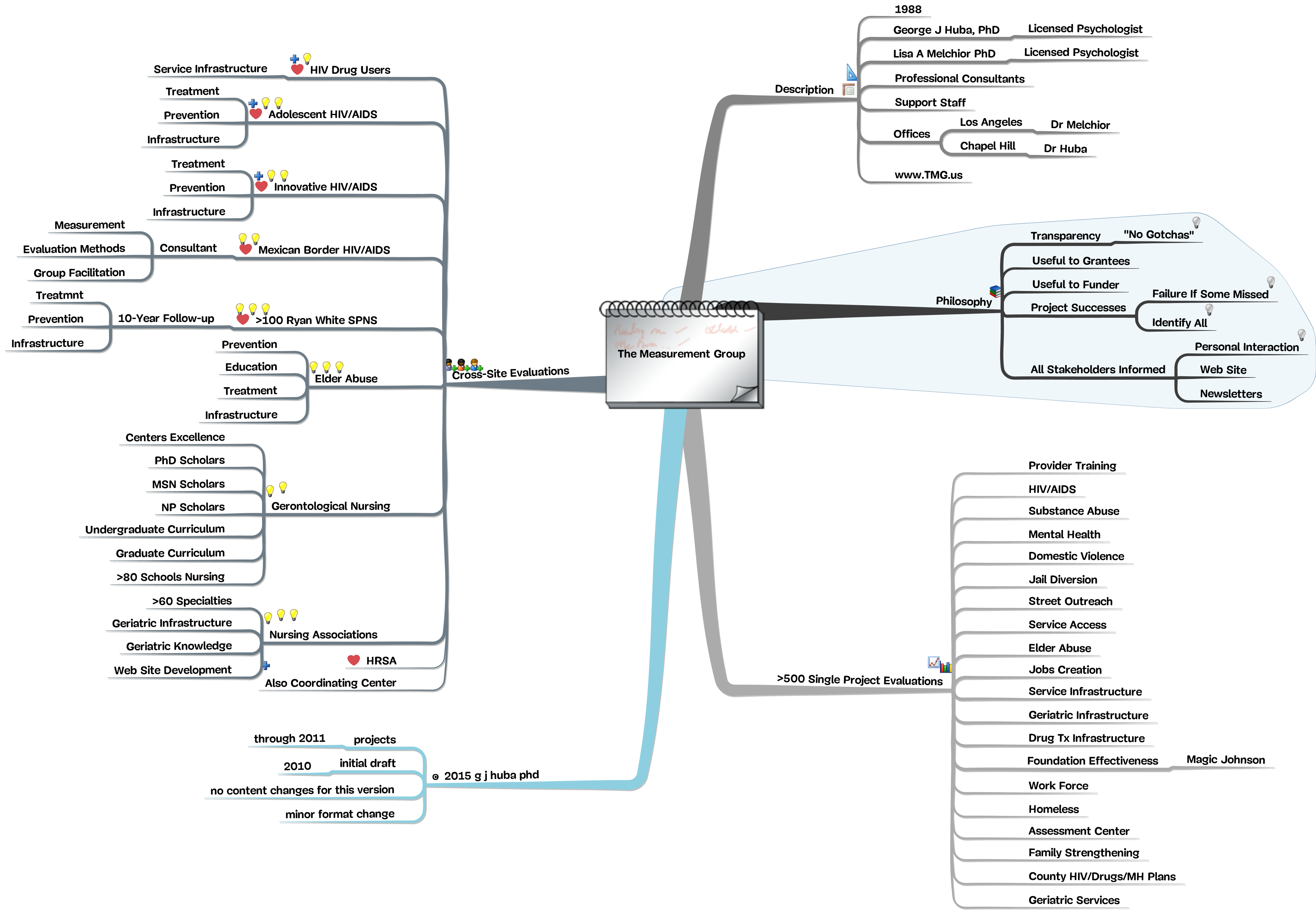