Dr Anderson emailed this message to all American Psychological Association Members on July 23, 2015. Dr Anderson is the CEO of APA.

Dr Anderson was allowed by the Board of Directors of the APA to delay his departure from APA until late 2015. Had I been a member of the Board, I would have voted to make the departure effective immediately.

[As a context, I have been a full APA member since 1977 when I obtained my PhD and an elected Fellow since 1987. Mr Anderson’s involvement is partially documented in the report. He was also part of the horrible public reaction of the Association to the allegations over a period of years.] 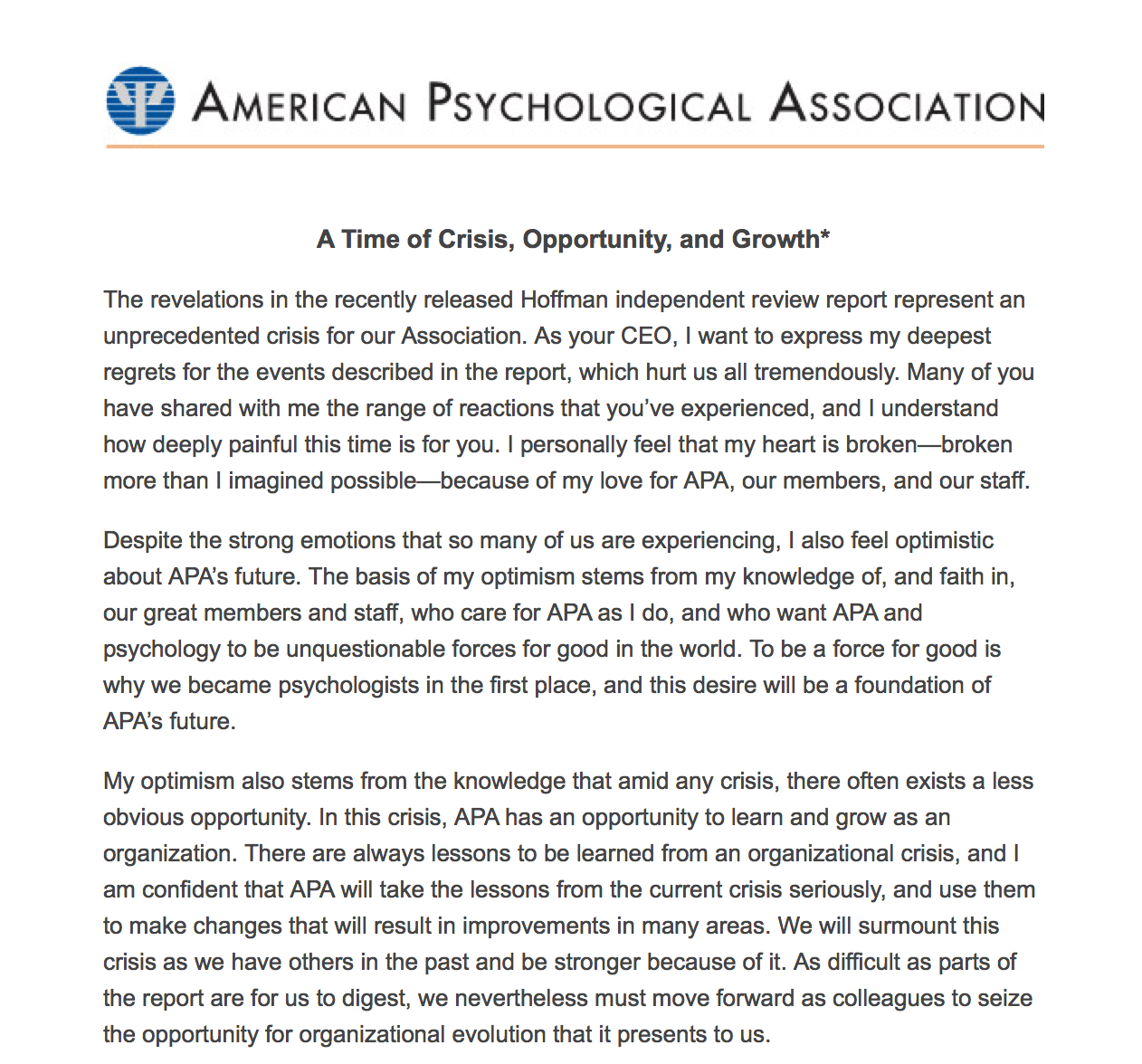 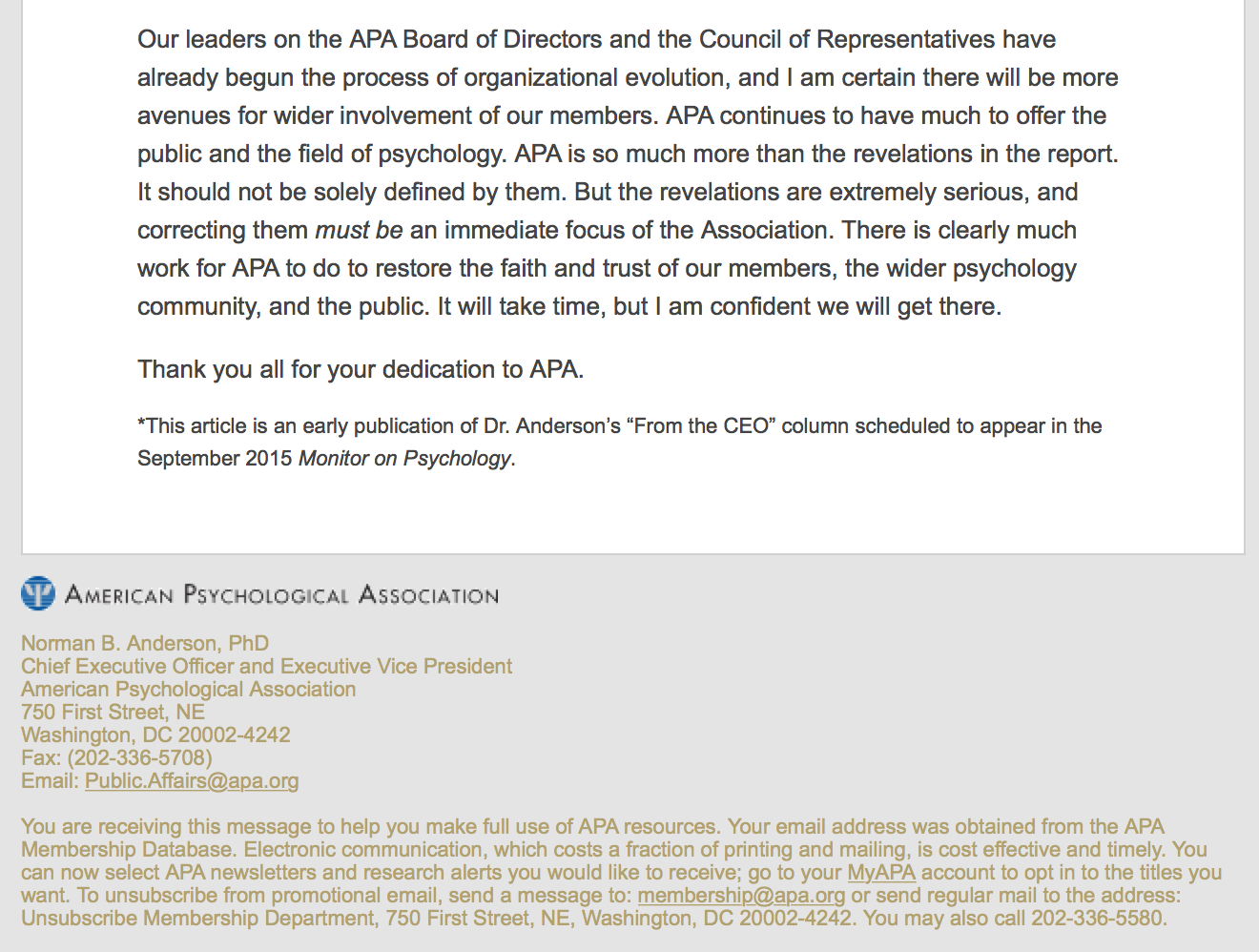