Yesterday I worked on my post about John Tukey and his contributions to statistics, data analysis, and my cell phone addiction.

As I did research to supplement my personal knowledge about Dr Turkey— near the end of his life, a good friend did work with him and one of my grad school professors (Bob Abelson) was one of his most influential students — I noticed the brevity of the bio in Wikipedia about him (less than a half a window on my computer) and contrasted this to the large number of screens of information available on the Kardashians, Justin Bieber, Rodrigo Borgia, Al Capone, and Richard Nixon. Even R2D2 has a much longer biographical entry. 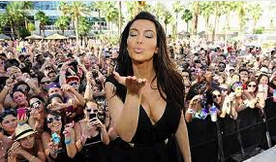 At many times the Internet is like ancient Rome (bread and circuses) or an episode of (un)reality television.

I dread to think how the aliens in the next galaxy are going to react when the television waves hit their planets. The two likely responses I forecast will be to either classify humans as a lower life form or to be delighted they have all the episodes of the Kardashians. I am betting on the latter (or probably both).

It makes me sad.