I’ve voted in presidential elections since 1972 (when as a weird looking hippie I wore a few Nixon buttons on my jacket and would tell inquirers that I was going to vote for Nixon because he was going to legalize marijuana). Images of various campaigns over the years … Dukakis in a tank, Reagan with a Cowboy hat, Bill Clinton playing saxophone, Dan Quayle looking clueless, Bush I read my lips, Bush II my wife wants you to learn to read, Jimmie Carter (nuclear engineer) in the peanut field with the boots and el cheapo jeans. The streak of Yale-educated Presidents (Ford, Bush 1, Bush 2, Clinton) proved that an Ivy League education does not necessarily provide the skills to be a good president.

This year, I signed up for the campaign emails from Obama, Romney, their staff, a few super PACs, and some assorted hangers-on. Amazing the number of emails saying outrageous things about the other candidates you will get for a $3 donation.

The current email political campaigns have a degree of viciousness and lack of truth that greatly exceeds what you can say on TV or radio. Remember all of the ranting emails folks would send a decade ago? The folks who wrote those and honed their skills at being assholes now seem to be running the political campaigns.

A hippie wearing a Nixon button. That was nothing …

This country needs a real Twitter, email candidate with a brain and a good heart. When she is 35, Lady Gaga is a cinch to win. Somebody should find out how much each party would have to pay so she will run for them. Green hair at the inauguration. Now THAT would be something. 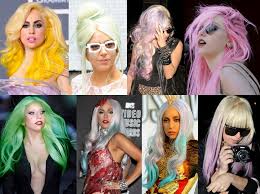 Well, Lady Gaga is still too young to run for US President so the Republicans settled for another “celebrity” (in his own mind). I am 99.9% sure that Lady Gaga would be a much better President than Donald Trump. She does not use Twitter to send out hate messages. She appears to be less self-promoting than Donald Trump. By all observations, she is smarter. She has a real charitable foundation that makes significant donations for youth programs. She knows how to run a rally; compare her Super Bowl appearance with Donald Trump’s appearance spewing hate in a red baseball hat all over America. And wow, can she belt out the National Anthem and other patriotic songs. Gaga for President 2020.